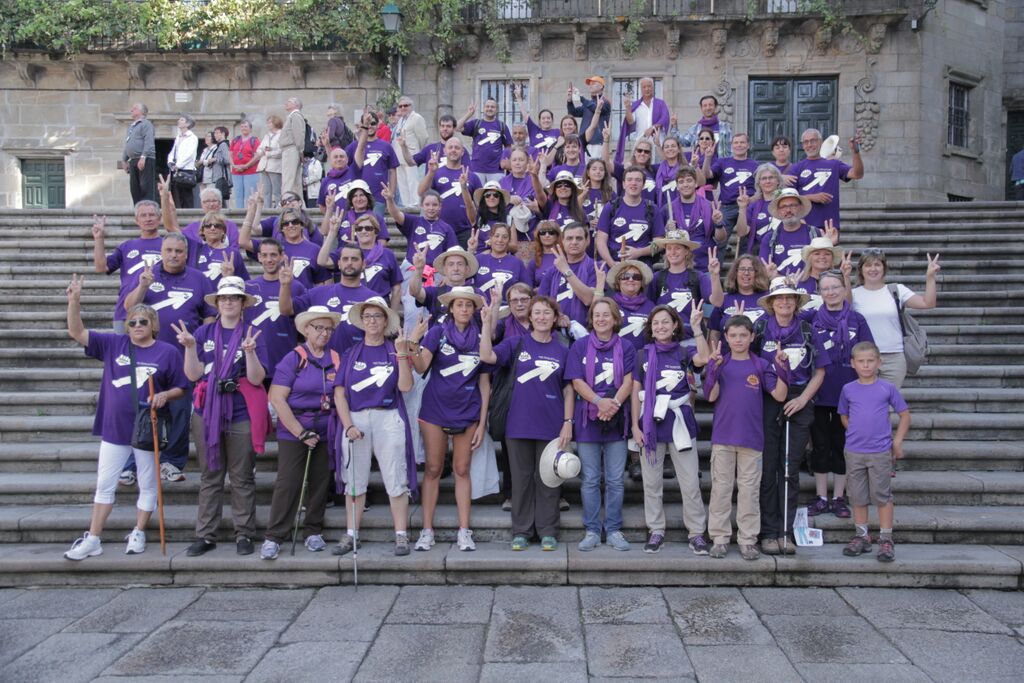 12 Sep Voices on the Path

In September 2014, some 35 thyroid cancer patients and survivors walked the final 114km of the Camino de Santiago – the Way of St James – arriving in Santiago de Compostela in time for an awareness event in the main square before the opening of the scientific meeting of the European Thyroid Association. On the last day the number swelled to around 100 patients and supporters including representatives of other thyroid patient associations. The five-day event was organised by the Spanish patient association AECAT, which hosted all the patient associations coming to take part in the meeting and also arranged for media coverage. Patients from Argentina, the UK, France, and the Netherlands took part in the walk alongside patients from all corners of Spain.
The TCA contributed to the event by providing a grant towards the purchase of t-shirts and the awareness campaign.

The planning of the route, accommodation and meals, the bonding exercises each evening, and the celebrations in the city, were all managed by a dedicated and capable body of AECAT volunteers. As the pilgrims arrived, the city was festooned with purple and there were t-shirts hanging from the windows of the main square. Dr Clara Alvarez, the ETA meeting chair, was there along with representatives of the regional health authorities to greet the pilgrims. The pilgrims all received the ‘compostelana’ certification. Many attended the Pilgrims Mass in the Cathedral afterwards, where several AECAT representatives read the admonitions.