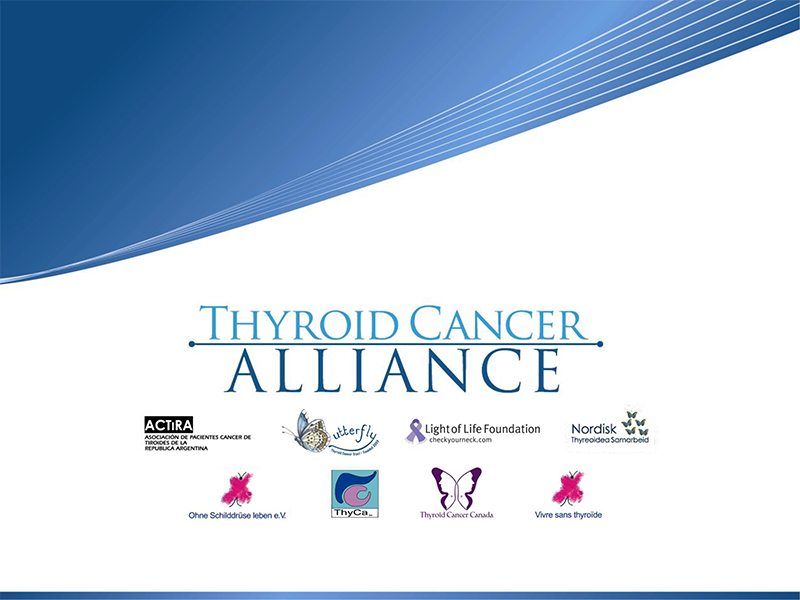 Posted at 08:35h in General by Marika
0 Likes
Share

The Thyroid Cancer Patient Survey* was presented at a Continuing Medical Education session at the International Thyroid Congress in Paris on 11 September 2010:

In March 2010 the TCA conducted a patient survey with nearly 2,400 patient respondents from 40 countries. It was the first joint initiative which unites the TCA’s interests of bringing the patient voice to the medical community.

Here are the highlights from the survey:

84% were not given details of a patient support organization

45% said that more information would have improved their cancer journey

64% required surgery to get a diagnosis of thyroid cancer

94% of patients experienced one or all of the following severe symptoms: depression, fatigue, delayed thinking due to hypothyroidism when thyroid hormone replacement therapy was withdrawn